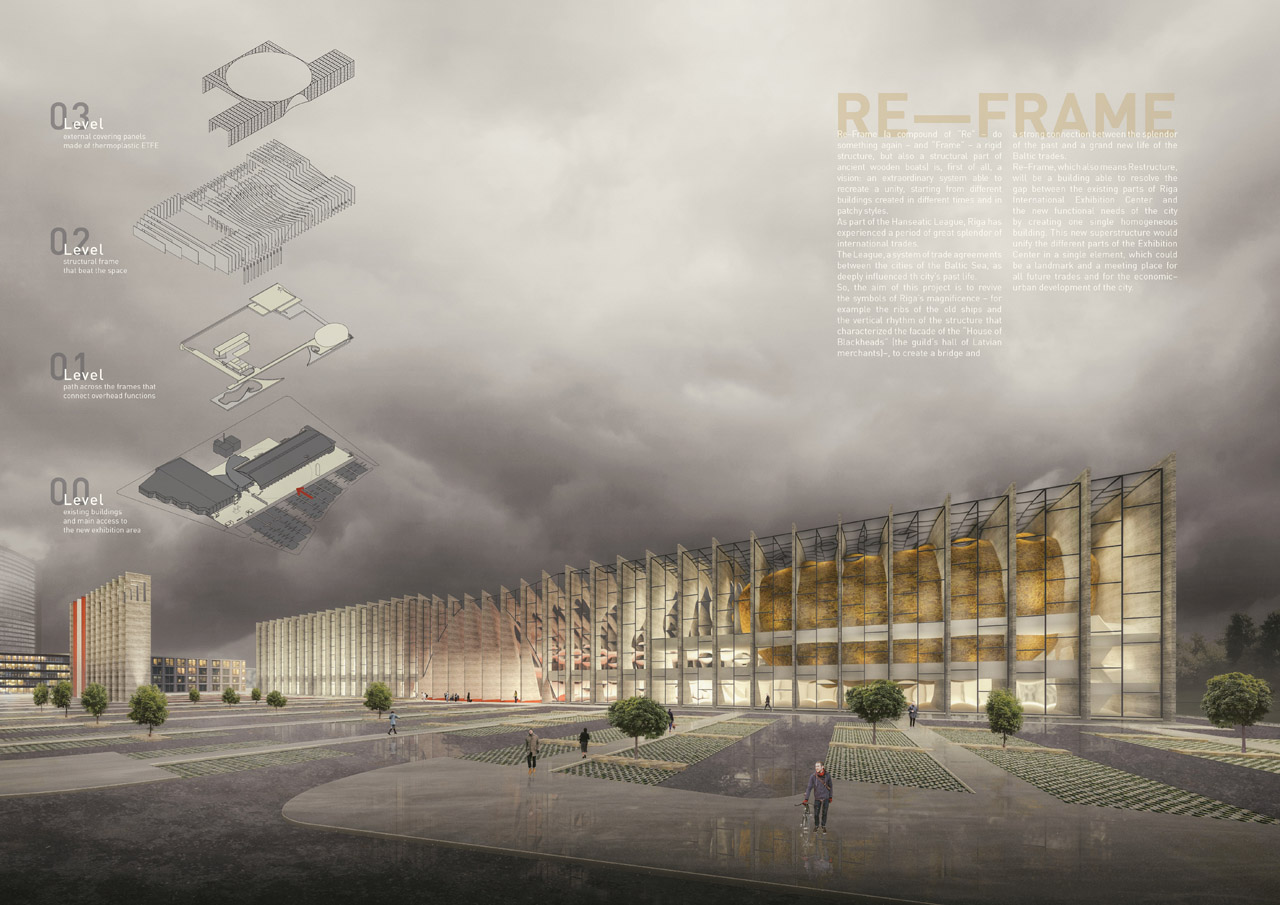 Re–Frame (a compound of “Re” – do something again – and “Frame” – a rigid structure, but also a structural part of ancient wooden boats) is, first of all, a vision: an extraordinary system able to recreate a unity, starting from different buildings created in different times and in patchy styles. As part of the Hanseatic League, Riga has experienced a period of great splendor of international trades. The League, a system of trade agreements between the cities of the Baltic Sea, as deeply influenced th city’s past life.

The aim of this project is to revive the symbols of Riga’s magnificence – for example the ribs of the old ships and the vertical rhythm of the structure that characterized the facade of the “House of Blackheads” (the guild’s hall of Latvian merchants)–, to create a bridge and a strong connection between the splendor of the past and a grand new life for Baltic trades. Re–Frame, which also means Restructure, will be a building able to resolve the gap between the existing parts of Riga International Exhibition Center and the new functional needs of the city by creating one single homogeneous building. This new superstructure would unify the different parts of the Exhibition Center in a single element, which could be a landmark and a meeting place for all future trades and for the economic and urban development of the city. 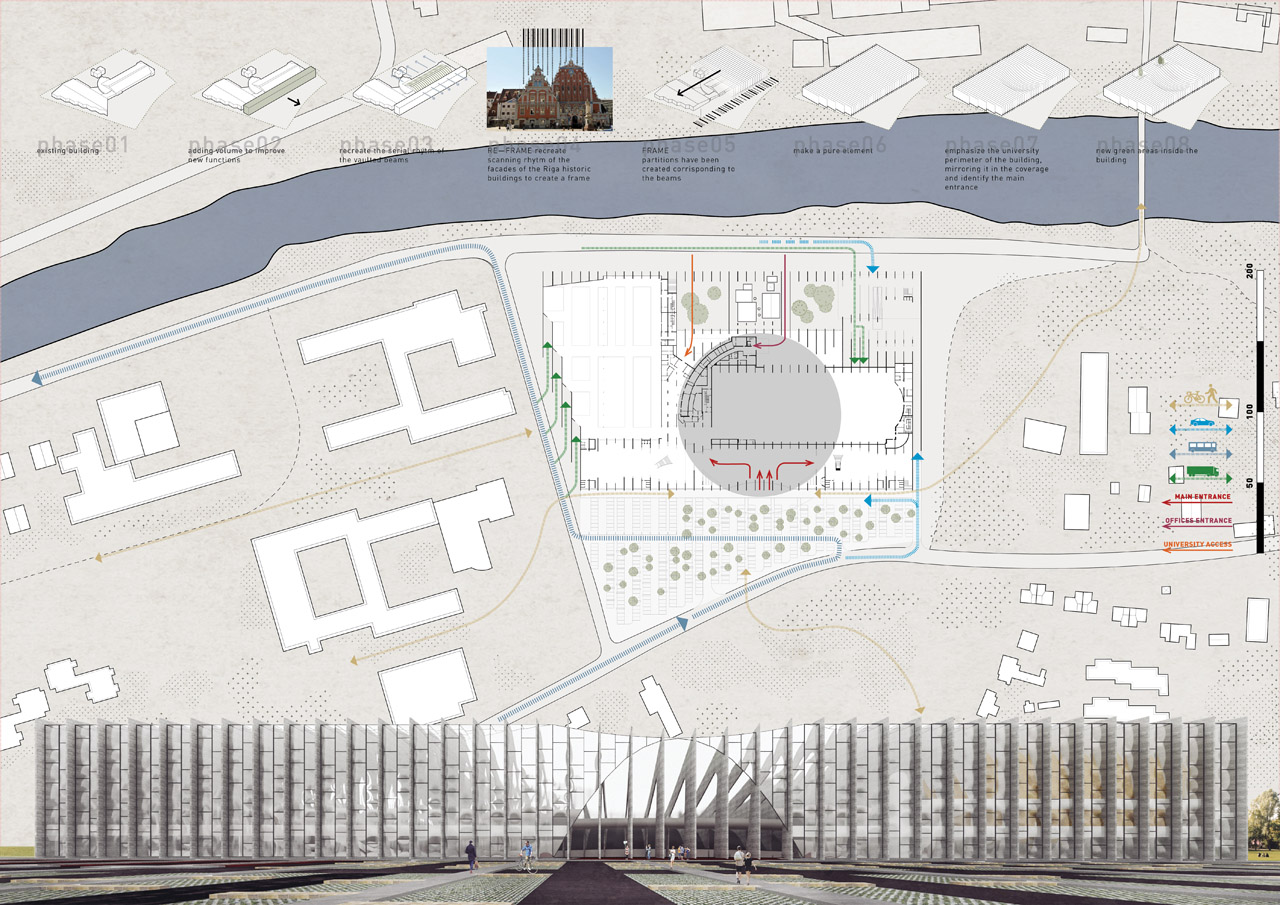 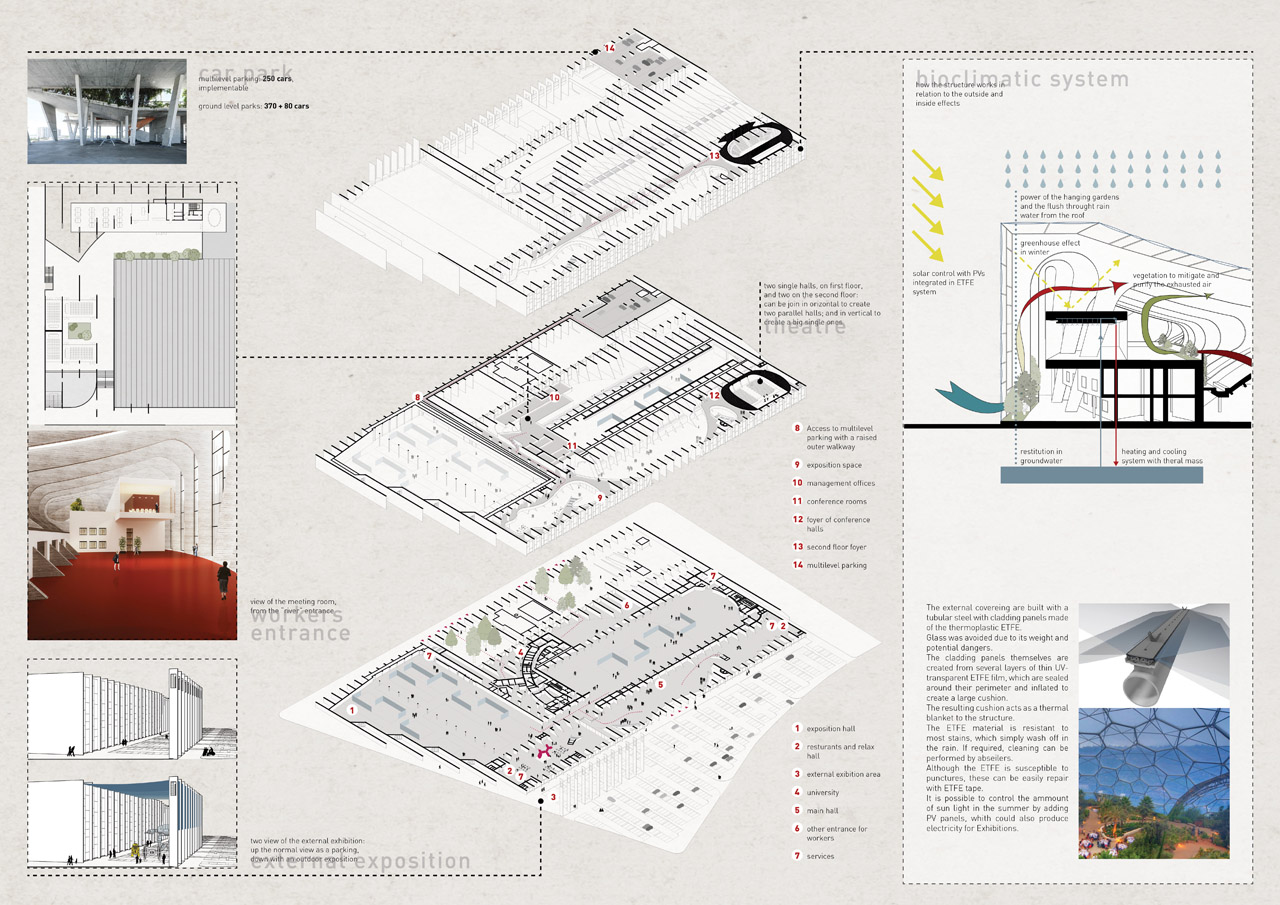 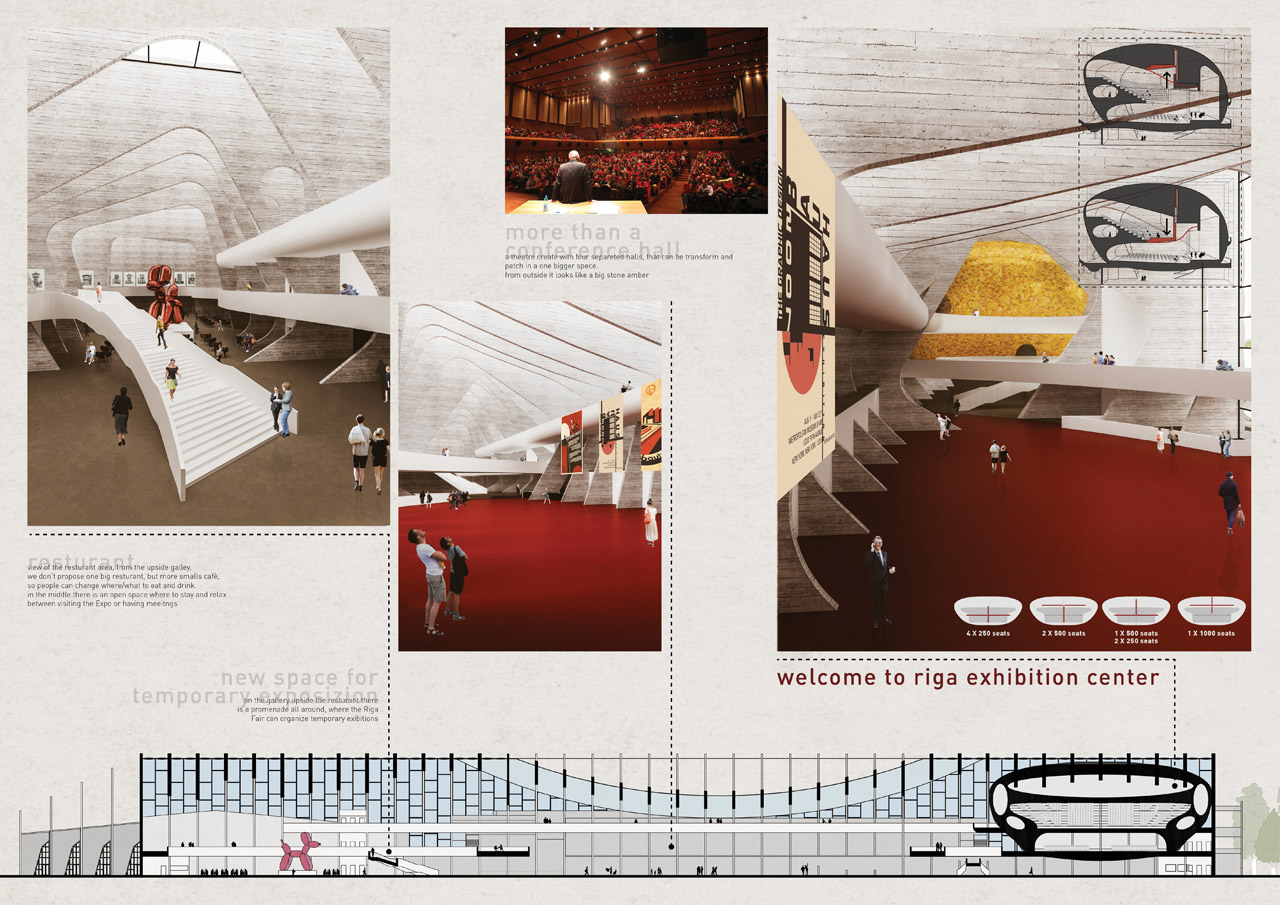